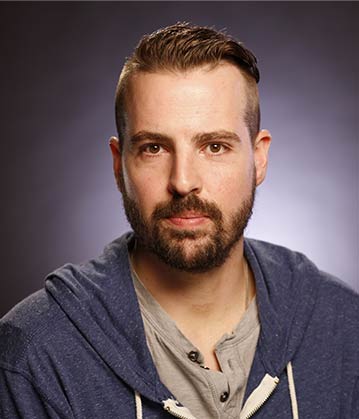 I’m Not a Statistic

It was just another routine evening shift in the kitchen at the restaurant where Matthew worked as a cook. As part of his closing duties, he had to empty the deep fryers and was carrying a 10-gallon saucepot of 375-degree oil for disposal.

One of the other cooks was spraying the kitchen floor, another nightly duty. As Matthew was carrying the pot of hot oil, he had a gut feeling something wasn’t right. But, he carried on, ignoring his instincts.

At that moment, his feet slipped sideways on the wet ceramic tile and down he went, spilling hot oil on his body and face. Everything happened so quickly, Matthew didn’t have time to turn away. The oil came within a quarter of an inch of his eyes, nose, and mouth. Had he swallowed the oil, his organs would have been burned, and he would not have survived.

Because of the trauma to his body, the medical staff didn’t think Matthew would survive the night. Shortly after being admitted, he flat lined for two minutes.

The weeks that followed were almost unbearable. And for a lifetime since, Matthew has been on a quest.

Matthew’s experiences have given him new perspective on health and safety. “If the work environment is unsafe for young workers, injuries are inevitable,” he says. “We need to emphasize safety and training for everyone, and especially for new or young workers.”

Matthew doesn’t want young workers to have to learn the painful way, as he did.

Together for a Cause